Why do TiCs Bug Bankers? 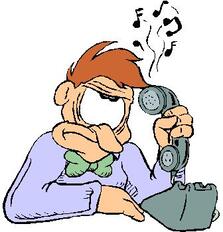 Why Do TiC’s Bug Bankers?  It is a common misconception that this method of holding title (Tenants In Common) negatively impacts loan underwriting decisions.  The truth is Banks don’t care if you hold title with your aunt your spouse or your fellow musicians (as long as they all sign the Promissory Note) – they get nervous when loan amounts go over $650,000.  Generalities ensue with the following caveat, that lending rules are called underwriting GUIDELINES for a reason.  Exceptions can be made with the proper cajoling and wheedling, but it is dangerous, in transactions of this magnitude, to rely upon the kindness of Bankers.  Some lenders will go to $750,000, some to $1 million, but the restrictions get heavier and heavier on “Super Jumbos”, and Fannie Mae won’t guarantee these loans for sale on the secondary market.  Mortgages are a nationwide product; with most Jumbo lenders following Fannie Mae’s underwriting guidelines.  Loan limits are based on the average home price for all 50 states, with higher amounts for Alaska and Hawaii.  Why not California?  In the back country and industrial flatlands, property is worth about half the Bay Area prices.  Same goes for New York.  The coastal villages of San Francisco and Manhattan defy all conventional real estate wisdom, and blow the doors off loan limits, every day.  A higher loan amount on multiple units is what makes these loans hard to place, not the TiC vesting.

For example, I recently brokered the purchase of a $1.1 million two unit building.  My two borrowers (let’s call them Fred and Barney) hold title as Tenants in Common.  They owner occupy the building (the tenants were evicted with the help of an experienced attorney) and plan to convert the two units to condominiums over the next three to five years.  In this case, each unit can be said to be worth $550,000, and we know that for people with good credit and stable income, 100% financing is available for purchase amounts all the way up to $1,000,000.  But not for Fred and Barney.  In order for the Bank to loan the full purchase price to each borrower, the much preferred collateral (security) for the loan is a Single Family Residential (SFR) unit.

While searching for the maximum loan amounts for 2 unit purchases at all the major lenders, for both their first trust deeds and their second trust deeds, I run into LTV and CLTV limits that get stricter and stricter as the loan amounts go higher and higher.  My borrowers would like an “Interest Only” loan that will remain fixed for 5 years, since they will be refinancing upon conversion, and need minimal payments up front. Fred and Barney also need a second trust deed, since between the two of them they have just scraped together the requisite 10% down payment.  After much cajoling and jury rigging, Fred and Barney get a 3/1 first with Interest Only payments for the first ten years of $700,000 (70% LTV maximum up to only $700,000), and a Home Equity Line of Credit for $290,000, also Interest Only for the first ten years.  Two different lenders, concurrent close.  If each unit were “condominium – ized”, each unit will have its own Assessors Parcel Number (APN), and then $550,000 per unit would be reasonable for bankers to entertain.  Underwriters are deeply reassured when they can put a lien on a Single Family Residence.  Nationwide, they say duplexes simply do not sell as well.  So, that is why San Francisco’s definition of TiC’s differs from the rest of the homebuying world, and why they “bug” bankers.