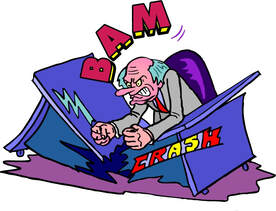 What would A. P. Giannini do?  A primer on the right way to end an economic meltdown

Now is no time to be shortsighted, all banks should be humble and energetic towards earning their share of the bailout money. Be fair, talk to these borrowers, and stop short staffing vital operational departments, especially when so many of the bank’s employees have the expertise needed to turn this disaster around. Every branch has empty desks facing worried customers – use the space, help them fill out all those confusing forms, don't make your customers send faxes to empty rooms.   With this plan in place, A. P. Giannini can rest easier, and so can the bank and its customers.